On the fourth day of Christmas, my true love sent to me
Four colly birds,
three French hens,
two turtle doves
And a partridge in a pear tree. 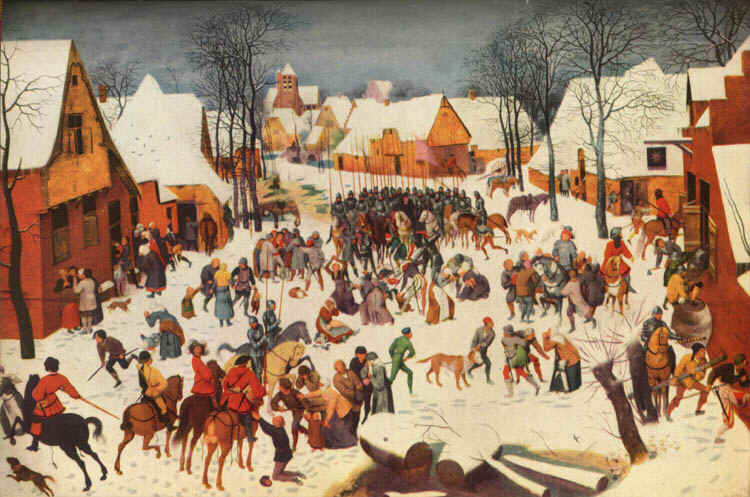 Childermas (Mass of the Holy Innocents)
The feast that commemorates Herod's massacre of the innocents.
When Herod heard that “the King of the Jews” had been born in a manger in Bethlehem, he ordered all the infant boys in the town murdered. Joseph, Mary and the baby Jesus took flight to Egypt.
Chambers informs us that in ancient times it was a custom for juvenile members of a family to receive a sound drubbing administered in lecto ( on the bed or couch).
Childermas once was considered to be the unluckiest day of the year.

1856
Twenty-Eighth President of the US, Woodrow Wilson born in Staunton, Virginia.

1895
Louis and Auguste Lumiere had their first paying audience at the Grand Cafe in Boulevard des Capucines considered the debut of the cinema.
The film was called Workers Leaving the Lumiére Factory.