New Years Eve
The last day of the Gregorian year. The salutation “wassail” used to be given on this day. It comes from the Old English waes hael, be whole, be well.

1805
France abandoned the secular Republican calendar it had been adopted during the Revolution in 1793 and returned to the Gregorian calendar. 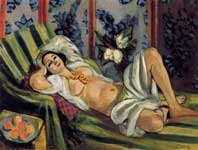 1907
The ball drops at Times Square to signal the new year for the first time.

1967
Founding of the Youth International Party at the New York loft of Abbie Hoffman.
Members became known as Yippies.